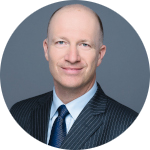 Renaud VEDEL has been working as a senior civil servant for the French Ministry of Interior for 20 years.

He started his career in Southern France, supervising security policies then general policies at the local level. Subsequently, he served for 10 years along the police forces.

In 2012, the Government appointed him as a Prefect, the administrative corps to which belong France's State Territorial Representatives.

From 2012 to 2014, he was deputy-chief of the private office of the Minister of Interior.

Then, from 2014 to 2016, he served as advisor to the French Prime Minister for Home Affairs, Security and Intelligence. Under the Prime Minister's authority, he was committed to the enactment of France's new Intelligence Law of 2015.

Since 2018, he is ministerial coordinator for the development of Artificial Intelligence.