General administrator/Deputy head, Director of the Center for Higher Studies of the Ministry of the Interior, Delegate for Foresight and Strategy. 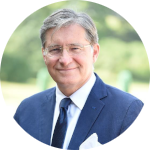 Since March 2009, Mr. Jean-Martin JASPERS, General Administrator, has been in charge of the management of the Center for Higher Studies of the Ministry of the Interior (CHEMI), which comprises 8 program directorates.

Located in the Fort of Charenton in the south east of Paris, CHEMI is dedicated to the training of civilian and military executives of the Ministry of Interior. CHEMI conducts about 30 annual programs, employs more than 500 trainers or experts each year and produces around 30 strategic studies. 220 governors, generals, general inspectors or comptroller generals attend CHEMI trainings every year or take part in its study groups.

Former student of the Institute of Political Studies of Paris and the National School of Administration (ENA), his career in the prefectural/administration body was structured with 8 territorial positions and an a significant experience in central administration of the Ministry of Interior. Former Ministerial Chief of staff /Principal private secretary, Jean-Martin JASPERS has also been deputy director of the Government Information Service (GIS).

In addition, among his territorial experiences, he has been general director of services of the department of Gers, Secretary General for Regional Affairs (SGAR) to the governor of the Languedoc-Roussillon Region (Occitanie region), Deputy governor of Saint-Quentin (Hauts-de-France Region) and General Director of the Chamber of Commerce and Industry of Lyon (Auvergne-Rhône-Alpes Region). In the European and international field he directed about 60 strategic studies missions.

His working languages are French, English, German and Dutch. His military training was performed as an officer of the Armed Armored Cavalry (EOABC) in SAUMUR, and as a staff officer at the Military School.

Mr. Jean-Martin JASPERS also supervised 230 security studies between 2010 and 2019. His work on private security in Africa is a reference.

In 2017, he created the Higher Cycle of Artificial Intelligence (CSIA) with Mr. Régis PASSERIEUX.