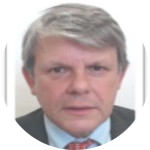 Most of the professional career of 59-year-old Jean-Christophe Moraud took place within the Ministry of the Interior, although he was also rapporteur at the Court of Accounts, director general of the services of the General Council of Essonne, France (1998-2000) and the Assembly of French Departments (2010-2012). In the central administration of this ministry, he has held senior management positions several times in the Communications and Information Systems Branch (DSIC), in the Directorate General of Local Authorities (DGCL) as Deputy Director of Local Finance and Economic Action and then as prefect of Orne and Yonne and Vaucluse from 2012 to 2018.

In June 2018, he was appointed SGA to the secretariat general of the French G7 presidency, as deputy ambassador, in charge of steering and monitoring the security of the G7 (ministerial meetings) and in particular the G7 summit in Biarritz (24-26 August 2019).