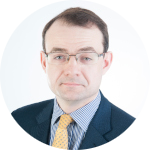 Prior to his current appointment, Hugo served as Policy Adviser on Crime, Security and Risk-related issues at the British Retail Consortium (BRC), where his main focus was on cyber security.

Before this, he was Assistant Director of the Centre for Defence Studies within the Department of War Studies at King’s College, London, where he now serves as Visiting Senior Research Fellow.

Earlier in his career, he served as Security Executive to both the winning London 2012 Olympic bid team and the London 2012 Organising Committee (LOCOG).

His PhD thesis, completed in 2015, covered the origins, characteristics and consequences of the private sector’s involvement in UK counter-terrorism strategy.