Member of the French Parliament. 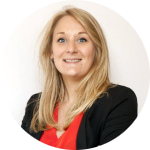 A law graduate from Nancy and Lyon universities, Alice Thourot practiced as a lawyer from 2012 to 2017, before being elected Member of Parliament for the Drôme in June 2017.

Member of the information mission on files made available to the security forces, she was appointed rapporteur on the draft law on the harmonization of the use of mobile cameras by the public security authorities.